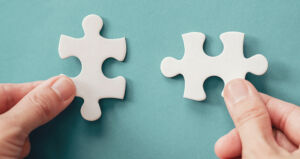 A neuroimaging study by Harvard Medical School researchers based at Massachusetts General Hospital has shown that the brains of young men with autism spectrum disorder (ASD) have low levels of a protein that appears to play a role in inflammation and metabolism.

This surprising discovery, published online in Molecular Psychiatry, provides an important new insight into the possible origins of ASD, which affects one in 59 children.

ASD is a developmental disorder that emerges in early childhood and is characterized by difficulty communicating and interacting with others. While the cause is unknown, growing evidence has linked ASD to inflammation of brain tissue, or neuroinflammation.

One sign of neuroinflammation is elevated levels of a substance called translocator protein (TSPO), which can be located and measured in the brain using positron-emission tomography (PET) and anatomic magnetic resonance imaging (MRI).

The current study, led by Nicole Zürcher, HMS instructor in radiology and an assistant investigator in the MGH/HST Martinos Center for Biomedical Imaging, is the first to use a new generation of PET “tracers,” which more accurately detect TSPO, to examine the brains of people with ASD.

Zurcher and colleagues scanned the brains of 15 young adult males with ASD. Their average age was 24. The group included both high- and low-functioning participants with varying degrees of intellectual abilities. For comparison, Zurcher’s team scanned the brains of 18 healthy control subjects of similar age.

The investigators hypothesized that the scans would show increased levels, or expression, of TSPO in subjects who have ASD.

“To our surprise, that’s not what we saw,” Zurcher said. Instead, the scans showed that the brains of males with ASD had lower levels of TSPO than those of the healthy males. The men with the most severe symptoms of ASD tended to have the lowest expression of TSPO.

When the tests were repeated several months later, the pattern persisted. The brain regions found to have low expression of TSPO have previously been linked to ASD and are believed to govern social and cognitive capacities such as processing emotions, interpreting facial expressions, empathy and relating to others.

“We know these brain regions are involved in autism,” Zurcher said.

To understand this unexpected finding, Zurcher noted that TSPO does more than serve as a marker of inflammation.

“It has multiple complex roles,” she said, and some actually promote brain health. For example, adequate TSPO is necessary for normal functioning of mitochondria, which are the “powerhouses” in cells that produce energy. Earlier research has linked malfunctioning mitochondria in brain cells to ASD.

Zurcher and colleagues next plan to study brains from deceased donors with the goal of determining which brain cells in people with ASD might experience mitochondrial dysfunction, which she says may be co-occurring with neuroinflammation and other mechanisms to cause ASD.

“Our study has generated new hypotheses that now need to be investigated,” Zurcher said. “There’s more work to be done.”

The study’s senior author is Jacob Hooker, HMS associate professor of radiology and director of radiochemistry at the MGH/HST Martinos Center.

This study was supported by the National Institutes of Health (R01 NS094306-01A1, R01 NS095937-01A1, R01 DA047088-01), the Robert E. and Donna Landreth Fund for the Study of Neuroimmune Interactions in Autism, a Transatlantic Research Scholar award and the Meixner Postdoctoral Fellowship in Translational Research from Autism Speaks.