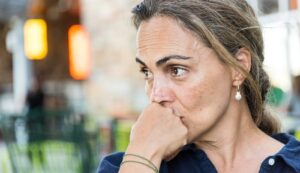 TUESDAY, Aug. 12 (HealthDay News) — Postmenopausal women with breast cancer who are receiving endocrine treatment may be at increased risk of joint issues, including arthritis, a new study finds.

British researchers publishing in the September issue of The Lancet Oncology, found that previous use of hormone replacement therapy (HRT), hormone-receptor positivity, previous chemotherapy, obesity and treatment with anastrozole — an aromatase inhibitor — all increased the chances of these women developing joint problems.

These increased risks appear to be tied to the significant drop in estrogen levels the patients experience during endocrine treatment. Estrogen deficiency previously has been associated with joint issues in other studies.

The researchers made their discoveries during a trial comparing the use of either an aromatase inhibitor (anastrozole) or tamoxifen in some 9,000 postmenopausal women with breast cancer. In the study, joint symptoms were reported in:

“Awareness of risk factors for joint symptoms will help both clinicians and patients to anticipate and manage these symptoms and ensure optimum adherence to endocrine treatment,” researcher Dr. Ivana Sestak of Cancer Research UK, said in a news release issued by her organization.