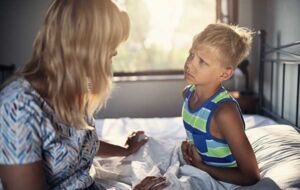 Worldwide, up to 20% of children and adolescents experience mental disorders, which are the leading cause of disability in young people. Research shows that serum zonulin levels are associated with increased intestinal permeability (IP), affecting neural, hormonal, and immunological pathways.

This systematic review and meta-analysis aimed to summarize evidence from observational studies on IP in children diagnosed with mental disorders. The review follows the Preferred Reporting Items for Systematic Reviews and Meta-Analyses (PRISMA) guidelines.
A systematic search of the Cochrane Library, PsycINFO, PubMed, and the Web of Science identified 833 records. Only non-intervention (i.e., observational) studies in children (<18 years) diagnosed with mental disorders, including a relevant marker of intestinal permeability, were included.
Five studies were selected, with the risk of bias assessed according to the Newcastle–Ottawa scale (NOS).
Four articles were identified as strong and one as moderate, representing altogether 402 participants providing evidence on IP in children diagnosed with attention deficit and hyperactivity disorder (ADHD), autism spectrum disorder (ASD), and obsessive–compulsive disorder (OCD). In ADHD, elevated serum zonulin levels were associated with impaired social functioning compared to controls.
Children with ASD may be predisposed to impair intestinal barrier function, which may contribute to their symptoms and clinical outcome compared to controls. Children with ASD, who experience gastro-intestinal (GI) symptoms, seem to have an imbalance in their immune response.
However, in children with OCD, serum zonulin levels were not significantly different compared to controls, but serum claudin-5, a transmembrane tight-junction protein, was significantly higher. A meta-analysis of mean zonulin plasma levels of patients and control groups revealed a significant difference between groups (p = 0.001), including the four studies evaluating the full spectrum of the zonulin peptide family.
Therefore, further studies are required to better understand the complex role of barrier function, i.e., intestinal and blood–brain barrier, and of inflammation, to the pathophysiology in mental and neurodevelopmental disorders.
Readmore: www.mdpi.com
Webmaster2021-04-26T12:59:28+02:00Luglio 19th, 2020|Pubblicazioni|0 Commenti

Performance cookies are used to understand and analyze the key performance indexes of the website which helps in delivering a better user experience for the visitors.

Analytical cookies are used to understand how visitors interact with the website. These cookies help provide information on metrics the number of visitors, bounce rate, traffic source, etc.

Advertisement cookies are used to provide visitors with relevant ads and marketing campaigns. These cookies track visitors across websites and collect information to provide customized ads.

Other uncategorized cookies are those that are being analyzed and have not been classified into a category as yet.