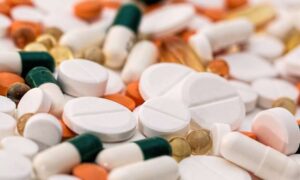 A critical shortage of a chemotherapy used to treat most childhood cancers has galvanized oncologists and parents of sick children.

The U.S. medical community has become increasingly accustomed to dealing with chronic shortages of mainstay drugs, but vincristine is irreplaceable—and a big reason for the 85% cure rate in pediatric cancer.

“There is no substitute for vincristine,” said Peter C. Adamson, chair of the oncology group and a professor of pediatrics and pharmacology at Children’s Hospital of Philadelphia. “I’m confident we’ll weather this storm. But it is a very fragile (supply) system. Without vincristine, we’d see a direct effect on a significant number of children.”

On Instagram and other social media platforms, Veronica Crowfoot of Lehi, Utah, has pleaded for help for her 6-year-old daughter Hazel, who is being treated for leukemia: “Pfizer, please, I’m BEGGING YOU!! Vincristine is vital to saving not only my daughter’s life but the lives of so many other children and people fighting cancer.”

Pfizer, the main supplier of vincristine in this country, became the only supplier in July when Teva Pharmaceuticals made “a business decision to discontinue the drug,” according to the U.S. Food and Drug Administration. In recent months, Pfizer’s production has been hampered by manufacturing problems, triggering the shortage. On Wednesday, the FDA website said deliveries should resume in late October but shortages will likely persist through December.

St. Christopher’s Hospital for Children in North Philadelphia has enough vincristine for a week to 10 days, but will likely have to buy from a wholesale distributor before Pfizer can ramp up, said Greg Halligan, the hospital’s chair of oncology.

“There will be a significant mark-up,” Halligan said. “We’ll probably pay 10 times more” than usual.

Like most of the hundreds of other drugs that are in periodic short supply, vincristine is an older, generic, injectable formulation that is complicated to manufacture but sells for relatively little—less than $15 per dose.

The Children’s Oncology Group has issued guidance for changing treatment protocols to compensate for drug shortages, but with vincristine, the options are basically delaying, cutting, or skipping doses.

Vincristine is used to treat 80% of the 19,000 children and adolescents diagnosed with cancer each year. It is given once a week for four weeks to induce remission in the most common children‘s cancer, acute lymphoblastic leukemia, then less often as a maintenance therapy for two to three years. Children newly diagnosed with the leukemia are given the highest priority if vincristine is scarce, Adamson said.

The Children’s Oncology Group’s call to action was part of a letter signed by Adamson. It urges the childhood cancer community to advocate for solutions such as establishing a national stockpile of pediatric cancer drugs, or allowing the federal government to become a guaranteed, contracted buyer.

“A situation that requires rationing is unacceptable,” the letter declares.